Today Microsoft launched a new campaign with a YouTube video promoting the comeback of Internet Explorer, focusing on people who don’t like the web browser, and letting people know that they get it that its browser hasn’t been the best and as a result they are making progress.

The video titled “Do you know this guy?” is about a person negatively posting and commenting about IE on Facebook, Twitter and news stories, even after positive reactions about the browser on different articles around the web. What’s comical is that the video uses real comments found on the Internet such as “IE sucks” and “IE is only good for downloading other browsers”.

At the end, the person changes his mind by posing “IE sucks…less”, after which Microsoft notes as “progress” follow by “comebacks come in many shapes and sizes”. The video isn’t just it, the company also launched a website to promote the campaign, TheBrowserYouLovedToHate.com, in the web page people can read comments, watch different videos and funny images about the web browser software from different technology websites. 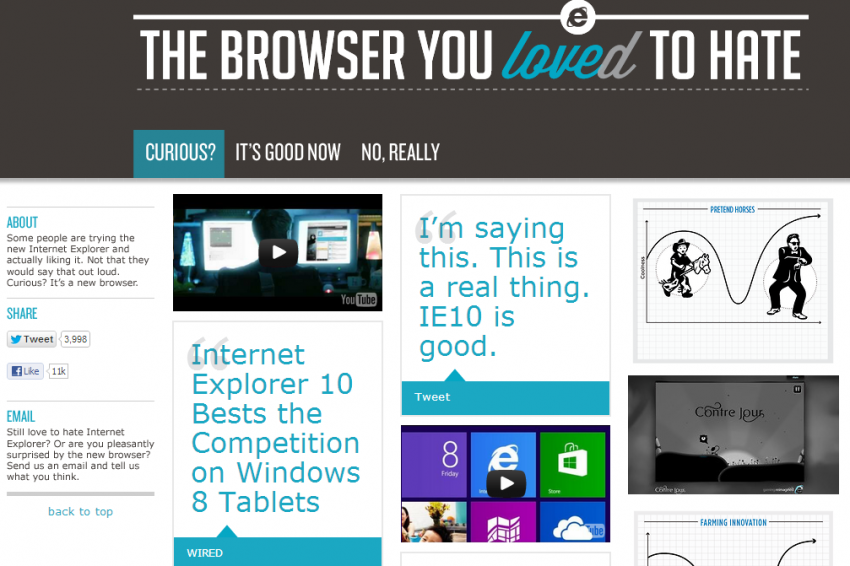