On December 2nd, Microsoft is pushing a new cumulative update for Windows 10 version 1511. The new update is described as KB3116908 and according to Microsoft’s support page, the new update “includes improvements to enhance the functionality of Windows 10 Version 1511”. 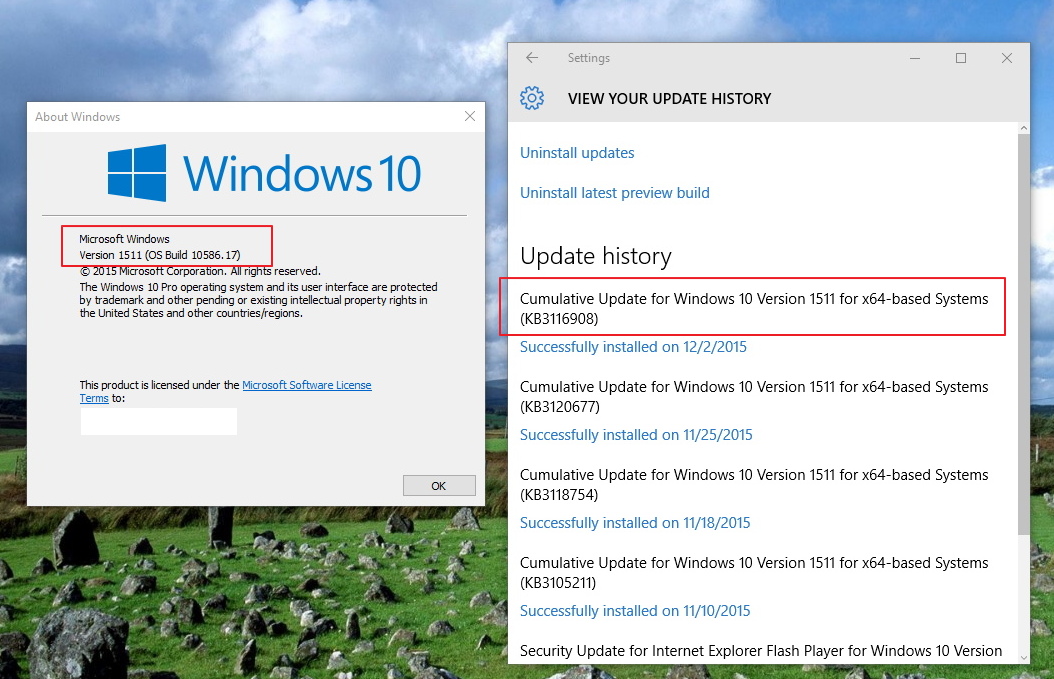 As always, the December 2, 2015, update for Windows 10 is cumulative, therefore, the package includes all previously released fixes. If you have installed previous updates, only the new fixes that are contained in this package will be downloaded and installed to your computer.

KB3116908 is available immediately through Windows Update, the cumulative update will download and install automatically, but you can always go to Settings > Update & security and manually force the download. Furthermore, the update is available for everyone, including for Windows Insiders and non-Insiders.